We use cookies on our website.
Some of them are necessary for the functioning of the site, but you can decide about others.

We use cookies on our website.
Some of them are necessary for the functioning of the site, but you can decide about others. 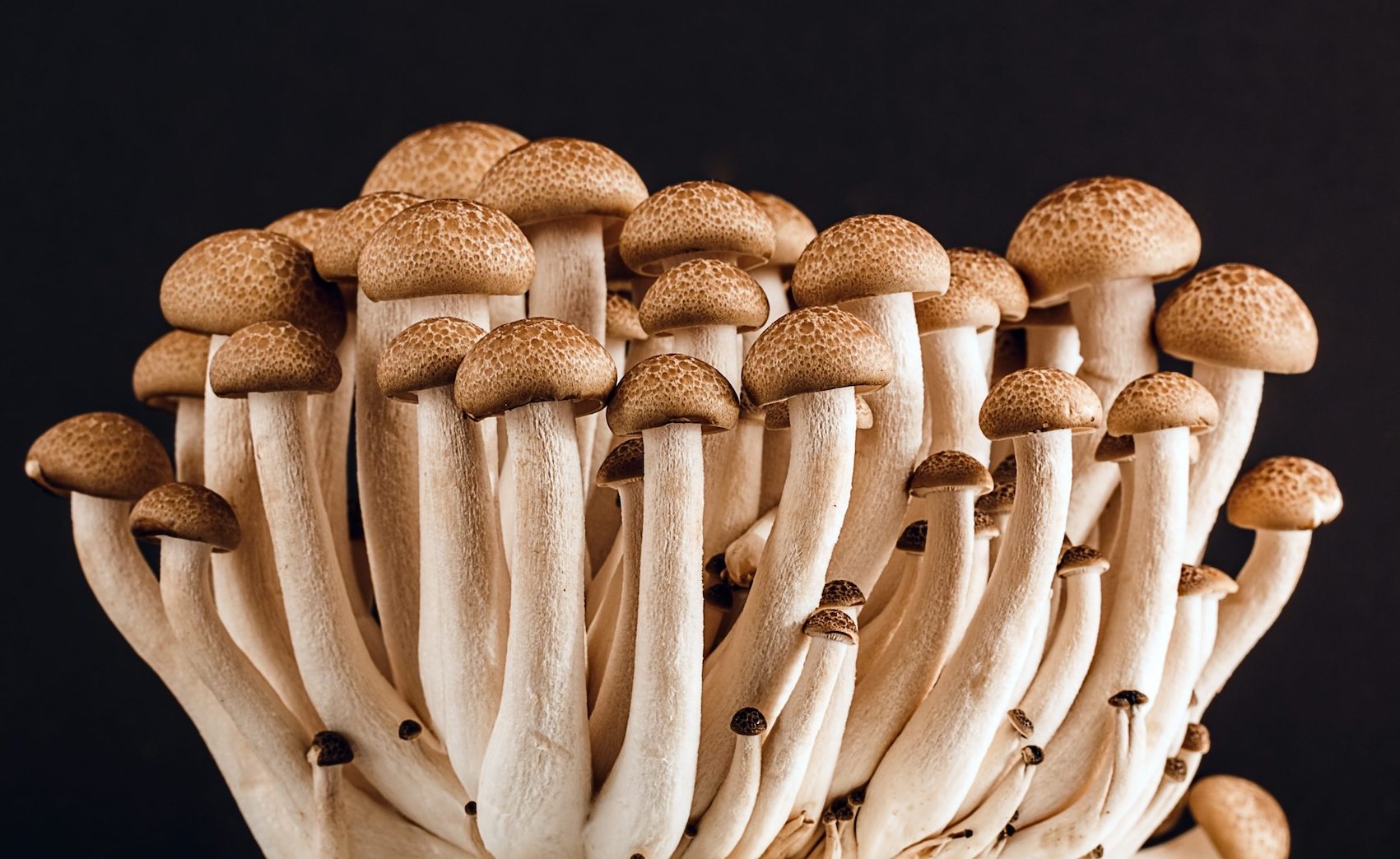 As a child surrounded by forests and meadows, I never really understood the role of mushrooms in the natural environment, even if I suspected that their variety is not a coincidence, that they appear to us in the most impudent guises, sting our eyes with all their beauty and evoke mysticism in man. My early years were marked by picking mushrooms in our forests, long hikes with my father through the spruce hills, where we laughed and stumbled among the opaque veins of yellow chanterelles that flaunted from under the spruce crowns. I remembered the taste of my mother's kitchen, ripe firm porcini mushrooms, yellow chanterelles in a thick soup, flavored with šetraj and luštrek, accompanied by Carinthian buckwheat brandy for virtue and great energy.

Nowadays, I wonder how we can provide humans with an inexhaustible source of nutrients, which plant crops promise the potential for cultivation and easy processing without unnecessarily contaminating food with artificial additives. We haven't overlooked what the earth offers us, unconditionally. The almighty Bill Gates teaches us that we can only feed the world with synthetically produced food, and in this part our views are diametrically opposed.

The oldest archaeological find of possible mushroom consumption goes back as far as 5,000 years ago, where they discovered paintings (Lhote, 1987) of a dancing shaman caught in the moment of ritual engagement. The spiritual interpretation of this painting is obvious, as it transcends time and space. For the ancient Egyptians, mushrooms were a totem of immortality, but only pharaohs and their families enjoyed them.

For some time now, the mushroom has appeared to me as a teacher, as a guide for humanity to reconnect with the earthly, primal. If we look deeper, the mushroom orchestrates the unseen world behind the scenes, offering to help us lost ones reconnect. Maybe the time has come that after all the millennia we start serving the mushrooms and not the other way around. What that would look like, I don't know yet?

Today, we understand the role of mycelia and mushroom communities more deeply, and their intelligent organization can be explored more and more closely, with the improvement of technology for observing the invisible world. Mycelium acts as a natural internet, a neural network of cells that communicate with each other and create a collective intelligence beneath our feet. Fungi are also essential for recycling organic waste and effectively returning nutrients back to the ecosystem, they are the most efficient natural recycler of biomass, turning even rocks into nutrient minerals for plants. The mycelia in the soil play an important role in transferring minerals from one tree to another, and the trees can even communicate and warn each other of dangers through this network.

Our ancestors did not really understand the nutritional value of mushrooms, so they used them only as a spice, a bit mischievous for our digestive system. Thousands of edible mushrooms grow naturally, and global annual commercial production is in the millions of tons. When looking at the nutritional value of packaged mushrooms, you won't find much beyond some B vitamins, protein, and minerals. Is that all the hatters contain? What you don't see listed is a range of unique micronutrients that can boost our immune function and trigger a dramatic increase in antibody production. Mushrooms can also have an anti-inflammatory effect. Studies have shown that various mushrooms, including champignon mushrooms, moderate the inflammatory response, which can boost immune resistance.

Paul Stamets is certainly one of the most important mycologists today, who brought this world closer to us and offered many innovations. To name just a few of his discoveries and research, from a natural pesticide, remediation of toxic soil, mycorrhizal soil treatment, to microdosing psilocybin to combat depression and anxiety. In his literature, he also describes possible ways of growing mushroom cultures both in forests, on meadows, as well as indoors. The fashion industry has also embraced leather produced from mushrooms, which is why the biggest fashion designers such as Stella McCartney are already using more sustainable materials.

With the transition of a larger number of people to a plant-based diet, the use of mushrooms in dishes and finished products will consequently increase. The mushroom has the sign of a sustainable and healthy food, which is why products made from this raw material will receive even more attention. Here, growers are waking up, we can perceive new urban stories of mushroom farming such as the duo Gobnjak, the already well-established medical movement Goba under the direction of Andrej Gregori, or the Novi Sad octopus Recigoba. However, there is still a lack of mushroom farms that could integrate with their own substrates and new mushroom cultures into the processing food industry for the distribution of innovative end products for the domestic and international market. It is certainly important to maintain a reliable source of fresh mushrooms on the shelves, but we need to invest in the development of foods with a longer shelf life, using dehydration and fermentation processes. We can also see that growers are increasingly choosing to introduce new cultures, such as, for example: fringed beard, poplars, enoki or diverse families of oysters.

Our Graška project deals with the development of new possibilities for the preservation of edible mushrooms using natural fermentation processes, where the main roles are played by time and various groups of bacteria that are already naturally present on vegetables. Before we start offering synthetic and laboratory options to the market, we should first explore and recognize the wealth that the plant kingdom has to offer. With the right care, our earth can provide enough quality food, and with a selection of different natural proteins, we will be able to satisfy the ever-faster growing market for plant-based nutrition and the transition of people to predominantly whole plant-based nutrition.

After a long career in the advertising and marketing industry, the author devoted himself to a holistic approach to healthy eating and regenerative agriculture. It is best known to the domestic and foreign public for the renowned vegan restaurant Kucha, which closed its doors during the pandemic. But today the author of the column signs his new development project, i.e. Graška on his home mountain farm, where he develops new nutritional innovations and discovers possibilities for supplying the market with natural plant proteins.